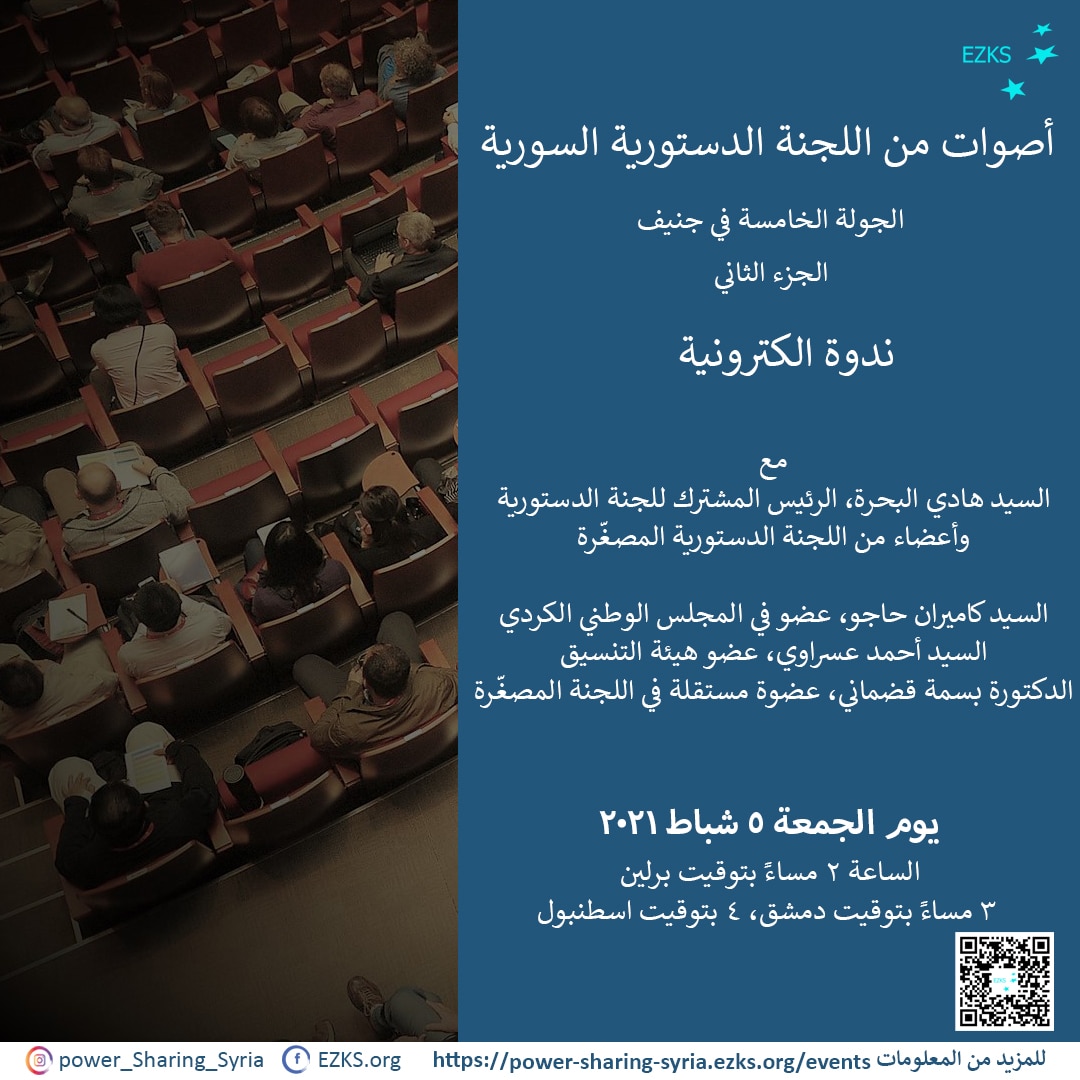 Voices from the Syrian Constitutional Committee – The Fifth Round (Part 2)

Last week, the Small Body of the Syrian Constitutional Committee had its fifth session in Geneva. Due to the lack of progress, there was a general disappointment with this meeting and its results on the part of the UN Special Envoy as well as the SNC and part of the members of the Middle Third.

So, how is this round of negotiations to be evaluated? And what is the Syrian Negotiation Commission’s plan for the future? How will it continue?

These and other related questions will be discussed in the second session of our webinar ”Voices from the Syrian Constitutional Committee – The Fifth Round”. The panellists of this webinar session are:

The discussion will be moderated by the Syrian journalist Nesrin Trabulsi.

We are looking forward to your attendance, questions and contributions!