Why is drafting a new constitution difficult?

How to deal with ethnic, linguistic and religious diversity in Syria?
read more

According to which criteria should the country be divided into regions? How should natural resources be controlled?
read more

What should the relationship between the president and the parliament be like?
read more

How does fiscal decentralization work? Which models for distributing taxes exist?
read more

When is the right time for reform? Who should guide the process and how can all groups participate?
read more

Identity is a complex topic, particularly in Syria. The country comprises a huge diversity of ethnic, linguistic and religious groups. How can a Syrian identity be defined? Does it allow for heterogeneity within itself?

Many academics and practitioners see the introduction of a decentralized system which distributes political power across multiple levels within a state as a promising and sustainable instrument for solving ethnic, cultural, religious and/or linguistic conflicts in heterogeneous societies. However, criteria for the creation of sub-national entities (e.g. regions or provinces) are controversial. The chosen model always depends on country-specific goals and strategies.

Our issue paper discusses this topic more in detail. Unfortunately, it is available only in German and Arabic but not in English.

If you are interested to dig deeper into this topic, download our according to issue paper here.

Syria is a resource-rich country comprising huge oil reserves mainly located in the North. The management of such resource rents is highly debated and each approach comprises benefits and disadvantages for different groups.

The centralist allocation may cause a feeling of injustice in resource-rich regions and comprises a proneness to high bureaucracy and corruption.

Citizens in resource-rich regions directly benefit from subnational allocation and get the opportunity to realize regional priorities.

The subnational allocation might lead to substantial economic differences across regions which can result in high conflict potential.

Shared management is the justest approach as the regions have a say in the allocation process and the central state can take care of a just allocation between the regions. This can prevent corruption and nepotism.

Shared management is the most complex approach. Which level decides about the allocation of which resource? This model brings about the risk of blockades and conflict between the central state and regions.

How much power should a president have and how can this power be limited? How should the relationship between the president and the parliament be organized? In systems with multiple levels of government, the question of how to divide powers among institutions is of critical importance.
Read more

While democracy is often reduced to holding elections, there is a variety of ways how citizens of a democratic state can become involved in political decision-making processes and take an active part in shaping their immediate living environment. Sustainable local structures play a key role in this. No one can prevent representatives of political parties from establishing democratic structures within their organizations. With the material presented here, we hope to encourage this development.

Economic development plays a crucial role when discussing the future of Syria. No matter which fiscal model will be chosen, it should be determined and governed by the new constitution.

If you are interested to dig deeper into this topic, download our according to issue paper here.

Fiscal decentralisation will only be successful when the following values are respected: fairness, solidarity and equality.

Transitional processes normally aim at changing an authoritarian regime into a democracy. The decisive characteristic of democracy in contrast to an authoritarian regime is its legitimacy. There are three important elements of legitimate political transition. Our issue paper discussed this topic more in detail. Unfortunatly, it is avaliable only in German and Arabic but not in English. If you are interested to dig deeper into this topic, download our according to issue paper here.

Elections must be free, secret and equal. This should be assured by an independent and transparent electoral commission.

Post-conflict states have often undergone significant changes. Migration and expulsion are prominent phenomenons which affect the population. A census is needed to look into the diverse needs of different regions, but also to determine who is entitled to vote and thus participate in decision-making processes.

Identity is a complex topic, particularly in Syria. The country comprises a huge diversity of ethnic, linguistic and religious groups. How can a Syrian identity be defined? Does it allow for heterogeneity within itself? 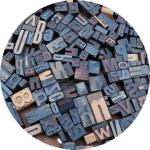 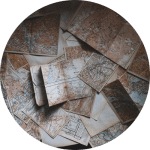 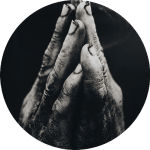