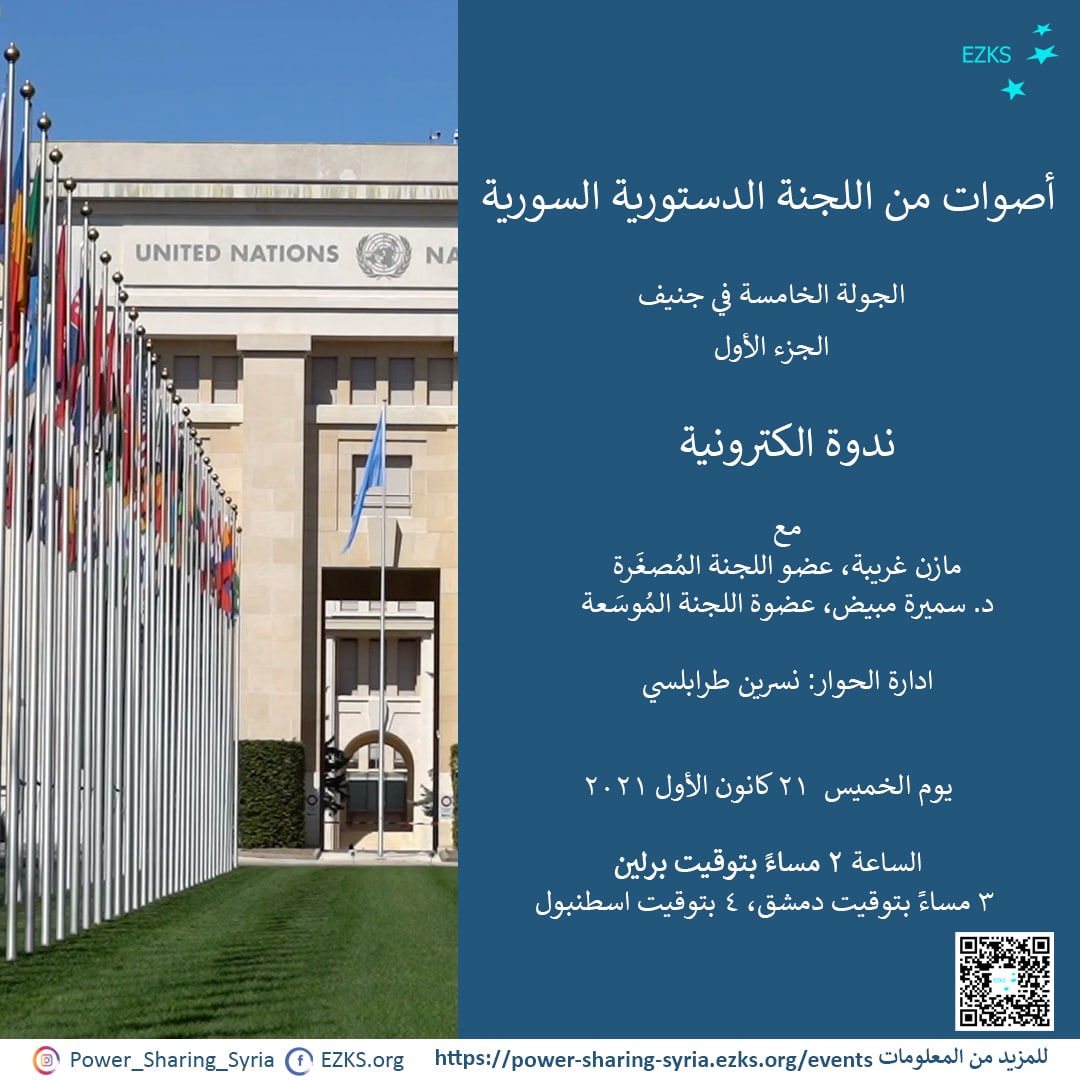 Webinar: Voices from the SCC – The Fifth Round from Geneva (Part 1)

As part of the project „Power Sharing for a United Syria“, the European Center for Kurdish Studies is pleased to invite you to the webinar „Voices from the Syrian Constitutional Committee”. We want to facilitate the political process in Geneva and aim to build bridges between various members of the opposition and representatives of civil society. Moreover, we support them in developing mutual positions regarding power-sharing, minority rights and women’s rights.

Starting on January 25, 2021, the Syrian Constitutional Committee will hold its fifth negotiation session. In the last round in December 2020, the main discussion topics were the question of Syrian identity and the right of refugees to return to Syria.

We are pleased to invite you to our webinar to discuss these issues with members of the Constitutional Committee of the Middle Third:

Dr. Samira Mobaied is an anthropologist at the University of Paris and a member of the “Large Body” of the Middle Third of the Syrian Constitutional Committee.

Mazen Gharibah is a researcher at the London School of Economics and Political Science (LSE) in the area of international development (section conflict and civil society) and a member of the “Small Body” of the Middle Third of the Syrian Constitutional Committee.

The discussion will be moderated by the journalist Nasrin Trabulsi.

We invite you to participate in our webinar to share your suggestions and ideas for the next meeting of the Constitutional Committee!